Definitely my favourite day of the con so far, the Saturday was full of friends, more games than I had anticipated getting to and spending more time in the halls than I had intended. Let’s do this!

I accompanied Gaz to this stand which is a group of independent RPG publishers who have banded together to help each other out at cons. This is a great idea and is basically a successor to The Collective Endeavour that I used to be a part of. They had all sorts of games on display from the lovely looking Spire to 1 page RPGs such as ‘Jason Statham’s Lovely Holiday’. 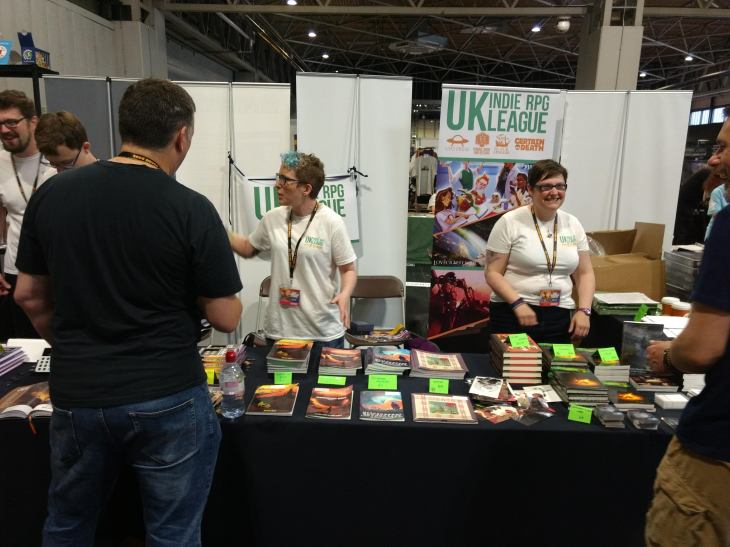 This is an area control game from new designer Robbie Munn. He has a few handcrafted copies for sale at the con with the game coming to Kickstarter later in the year. His demo was short and sweet and I liked the silhouette style art of the different creatures I was shoving around the board and the catchup mechanics baked into the game.

Heading back into hall 1 I started to just wander to see what caught my eye. I had enjoyed Ominoes at Dragonmeet last year and they had their follow up title Ominoes: Hieroglyphs on show. I sat down for a game with the folks from Big Red Barrel and I have to say I really enjoyed it. There was just enough to think about without it being overwhelming, and plenty of opportunities to anticipate other people’s plans and try and head them off at the pass. Good stuff (especially since I won!). 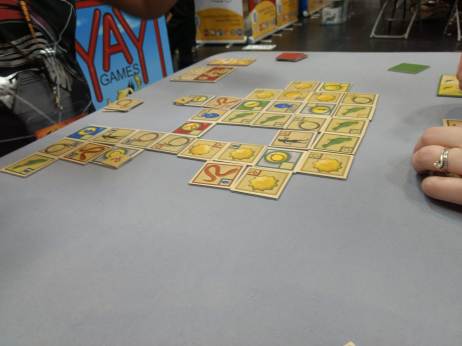 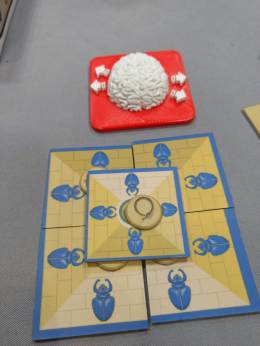 I had originally planned to retreat early and play games with folks but Hall 1 at least was still very navigable and I ended up at this Scottish publisher and trying out their upcoming game Lord of the Horde with Rory and Ross from the previous day. This is a game of Orc Warlords descending upon Dwarf settlements for glory and plunder and I had fun with it. However the game but still feels like it needs a bit of polish to me: there wasn’t enough of a challenge to taking down the settlements and duels didn’t really happen because there was such a spread of places each warlord could go. I think it’s going to be good, but it wasn’t quite there yet for me.

This chap had contacted me a little before the con and asked if I would stop by. Since I’d hit my list pretty well I dropped by with Jamie to get a demo of his game Hero Master. This is a tongue-firmly-in-cheek game of incompetent heroes banding together to save the town as all the good heroes have gone elsewhere. The art is absolutely gorgeous and the game was fun, but it was a little to gotcha for my taste and felt a bit fiddly for what it was. 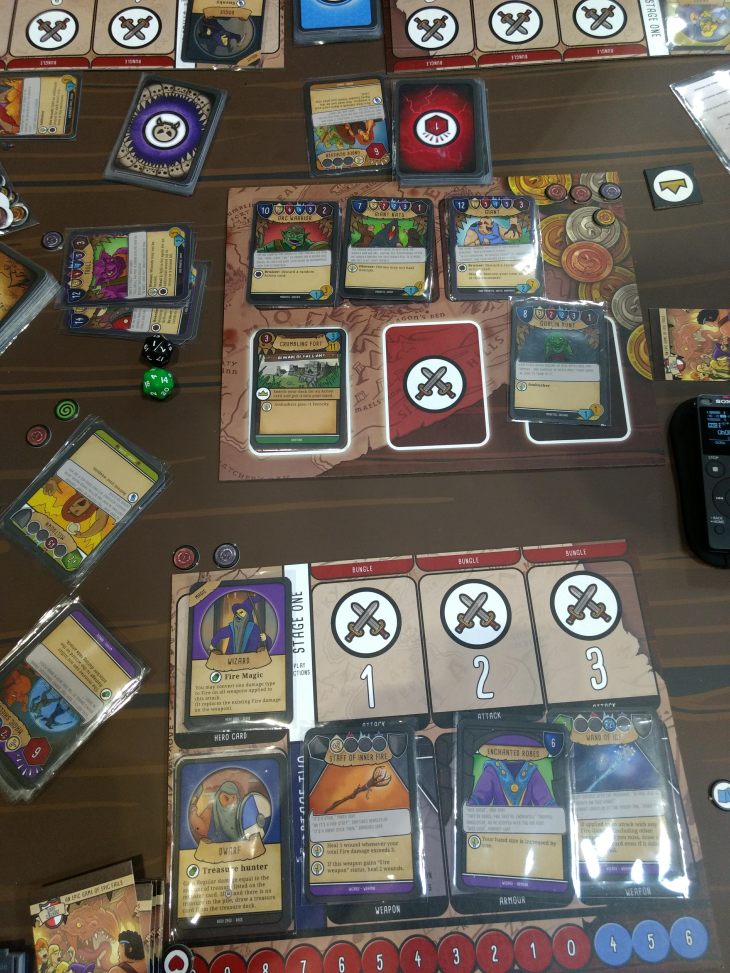 My last demo of the day was with Jamie and his partner Michelle. We had a few turns of the penguin flicking game Ice Cool on a huge setup that included some of the bits out of its sequel which they had sold out of already! This was a really fun game and the little penguins had a great heft to them. The demonstrator showed of some amazing flicking skills that put us to shame. I can absolutely see why this was such a hit with folks last year.

The evening was full of much hilarity and gaming. I finally got a couple of games of Villagers in from Sinister Fish and it absolutely deserves the hype. I’ll be getting that review put out in the next week, but if you like engine builders, great art and a pacey game this should absolutely be on your radar.

We also got games of The Mind in, yes it is a game, and broke out CIV that I had bought the previous day which I really enjoyed. 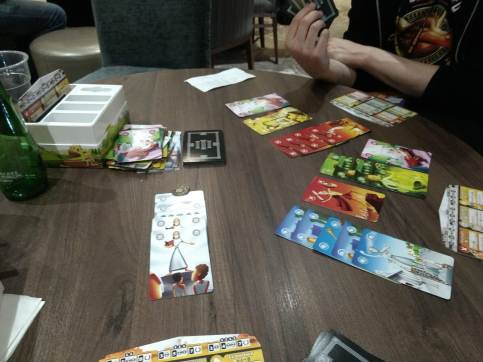 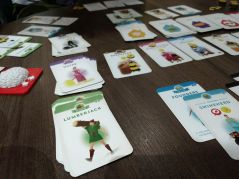 I’ve had a great time at Expo and I am looking forward to a more relaxed day today and hanging out with the folk from the Unlucky Frog a bit more tonight.

The Giant Brain is an independent tabletop game review site based in Scotland. We are also the home of the Brainwaves podcast, a fortnightly cast bringing you the best in tabletop gaming news. If you would like us to review a game then go to Contact Us in the top or footer menu.