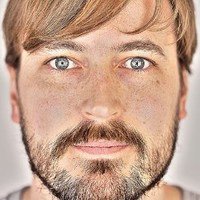 I met Robbie Munn at Uk Games Expo this year after Rory from Board Meetings pointed out Summoner’s Isle to me, Robbie’s first solo project. Robbie was an enthusiastic guy, and his stall was busy throughout the con as he showed the game off to the Expo crowd.

Currently mid Kickstarter campaign for Summoner’s Isle, Robbie was nice enough to take some time to answer some questions about design, kickstarter and the hobby at large.

You’ve previously worked on War of the 9 Realms with Wotan Games. What made you want to go solo on your current project Summoner’s Isle?

War of the 9 Realms was a big project – one that I’m really proud of – and from the very beginning Wotan invited me to be hands-on throughout its development. This gave me great insight into what goes on behind the scenes to get a game published, and I loved it.

You’ve kept the footprint and price of Summoner’s Isle very low. Was that a conscious decision and if so why did you go the small box route?

Very much so. From the outset I wanted to make a game that was portable, something you could chuck in a backpack or luggage, yet still give you a bigger box game feel. As for price I knew I wanted to keep it under £20, this not only fits the expected price point of a smaller box game, but it also offers great value.

Has keeping the footprint of the box small led to any issues when it has come to setting up the game for manufacturing?

I wouldn’t say there were issues, but it definitely influenced design considerations. The board folds down twice to fit in, this is not the cheapest approach but it is easily the nicest. It also influenced the design of the tokens somewhat, as everything needed to fit on two A5 punch boards.

You’ve kept the campaign very simple with only 3 pledge levels and only a few stretch goals revealed so far. What do you think of campaigns that over complicate themselves with loads of stretch goals, add-ons etc.?

I mostly went that way because I wanted to make sure that what I was offering was achievable, this will hopefully be the first of many games and do not want to mess it up by stretching too far, or risk delaying the manufacturing.

I’m not a huge fan of games with lots of add-ons. Whilst the base game may be great, it feels like you will not be getting the full experience unless you go all-in, which instantly makes me feel like the base game is not strong enough on its own. Saying that, these games always do really well, so I’m clearly in the minority 🙂

Although you didn’t have much product to sell, you attended UK Games Expo earlier in the year. Do you think that was useful for you to do as you ramped up to the campaign?

Indeed! In fact being at UKGE was the deciding factor on whether to run the Kickstarter or not. The feedback and encouragement I received that weekend, on top of selling out of the games I had, this gave me the confidence to push forward with the campaign.

Would you advice that people on a similar path to you attend conventions like Expo or are there many ways bring a game to Kickstarter?

There are many paths that lead to Cardtopia. Mine is probably not the smoothest yet I tend to start small by playing with friends and family, to help get rid of the really rough edges. Then I go along to board game clubs or cafe’s to get some unbiased feedback. Once I’m more confident with a design I take it to conventions like UKGE and Dragonmeet and take advantage of amazing resources like PlaytestUK – which is such a wonderful part of the UK games industry. After that I like to run small local events to make sure everything works as it should and people are having fun. Only then would I go for a booth/stand at a big convention.

What game from a UK designer, either out or on its way, are you most excited for at the moment?

I am really looking forward to Legends Untold from Inspiring Games, it just ticks so many boxes for me. And I’d like to get my hands on a copy of Ominoes: Hieroglyphs from Yay Games, the original is a big hit in our house and I’m sure this will be too. There’s so many great games being made in the UK right now, it’s a really exciting time.